Measurements Of Pollution In The Troposphere (MOPITT)

The MOPITT instrument in orbit.
Click for larger image.

MOPITT Version 8 and Version 9 Level 2 and Level 3 products are now available for the entire MOPITT mission.  MOPITT V8 and V9 products for data acquired after the most recent hot calibration (usually in March) are considered to be provisional ("beta"), subject to recalibration, while data taken before the hot calibration are considered archival quality.   Generally, V8 and V9 Level 2 and Level 3 products should become available between three weeks and two months after the actual observations; this data latency is the result of the dependency on the MERRA reanalysis. Near-real-time data are also available, but should not be used for trend analysis. Version 7 Level 2 and Level 3 products were discontinued as of March, 2020.  See Data Products for descriptions of the different products and status of validation.  User's Guides available on the Publications page should be consulted before attempting to analyze the MOPITT products.

MOPITT products are publicly available from NASA through the following links: 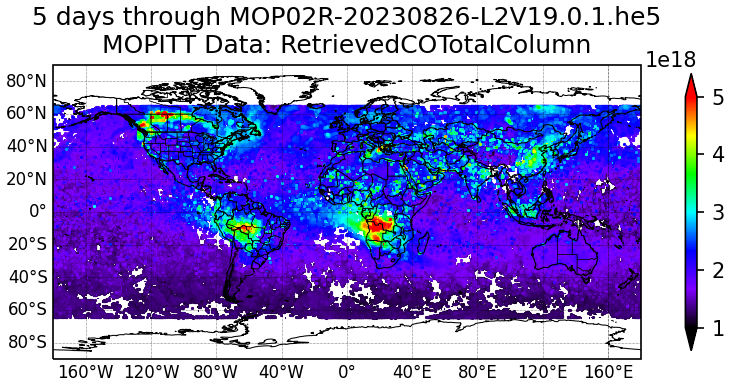 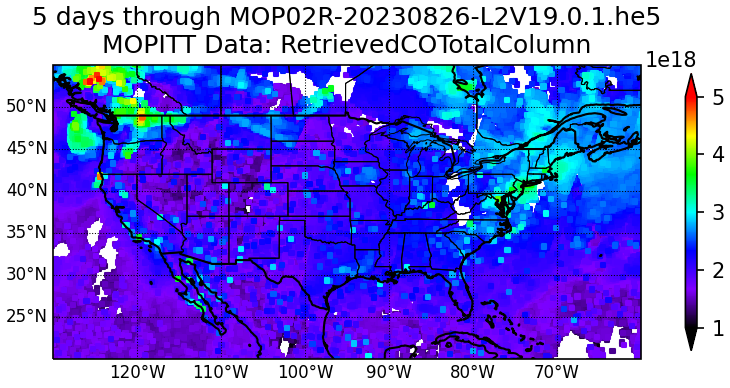 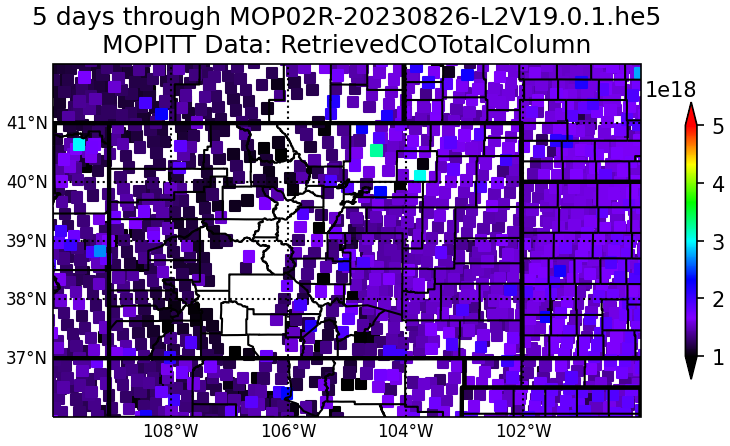 Global plots of MOPITT CO products at 1 degree horizontal resolution can be viewed for each day and month of the MOPITT mission.

Please direct questions/comments about this page to: