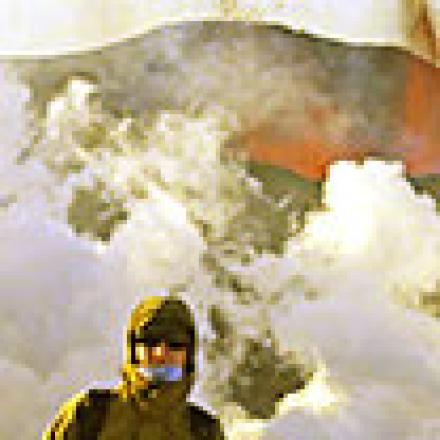 Dr. Anja Schmidt is an Academic Research Fellow in Volcanic Impacts and Hazards in the School of Earth and Environment at the University of Leeds, UK and the recipient of the 2015 George Walker Award for Volcanology. She visited ACOM from August 3 to September 2, 2015 and put together a database of volcanic sulfur dioxide emissions for the period 1978 to 2014 for use and evaluation of WACCM5, which has a prognostic stratospheric aerosol module. Led by Ryan Neely (also University of Leeds, UK), the volcanic emission database was extended further to cover the pre-satellite period 1850 to 1977 using ice-core and volcanological records. Anja also ran model simulations for volcanic eruptions like Nabro 2011 and diagnosed the effective radiative forcing from volcanic eruptions over the period 1990-2014 using WACCM5 model simulations carried out by Michael Mills (ACOM, NCAR).