Wildfires tend to be more intense and hence costly and are predicted to increase in frequency under a warming climate. For example, the recent August 2015 Washington State fires were the largest in the state’s history. Such large fires impact not only the local environment but also affect air quality far downwind through the long-range transport of pollutants. Global to continental scale coverage showing the evolution of CO resulting from fire emission is available from satellite observations. Carbon monoxide is the only atmospheric trace gas for which satellite multispectral retrievals have demonstrated reliable independent profile information close to the surface and also higher in the free troposphere. The unique CO profile product from Terra/MOPITT clearly distinguishes near-surface CO from the free troposphere CO. Also previous studies have suggested strong correlations between primary emissions of fire organic and black carbon aerosols and CO. We used the Ensemble Adjustment Kalman Filter (DART) system to assimilate MOPITT CO profiles and MODIS Aerosol Optical Depth in the global scale chemistry-climate model CAM-chem. The ensemble technique allows inference of additional model parameters such as CO emissions, as well as emissions of aerosol species resulting from fires such as organic and black carbon.

In a case study of the August 2015 wildfires in Washington, the assimilation of MOPITT CO and MODIS AOD was used to infer corrections to the fire emissions of CO, black carbon and organic carbon using the ensemble information. The a priori emissions (based on FINN) were increased by a factor of about 3.5 for the WA fires.  Subsequent assimilation of the MOPITT CO profile can also be used to constrain the aerosol profile. 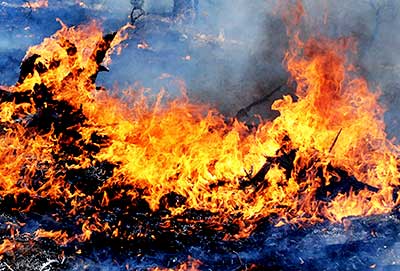