NASA’s SABER (Sounding of the Atmosphere using Broadband Emission Radiometry) instrument on the TIMED satellite measures temperature and ozone through the middle atmosphere from 20 to above 100 km. The SABER measurements in NH winter (mid-January through mid-March) capture the evolution of ozone and temperature during recent unusual winters (Figure 1). It is now well documented that the altitude of the temperature maximum (stratopause) was elevated for significant periods in 2004, 2006, and 2009. SABER provides the first evidence that mesospheric ozone was also significantly perturbed in these periods. The altitudes of the ozone secondary maximum (~90-95 km), the minimum (~80 km) and the tertiary maximum (~72 km) were all lower by 3-5 km during the three anomalous winters. The ozone amount at the secondary maximum was lower. The ozone anomalies indicate enhanced downward motion and are consistent with observations of unusual profiles of trace species made by a variety of instruments. 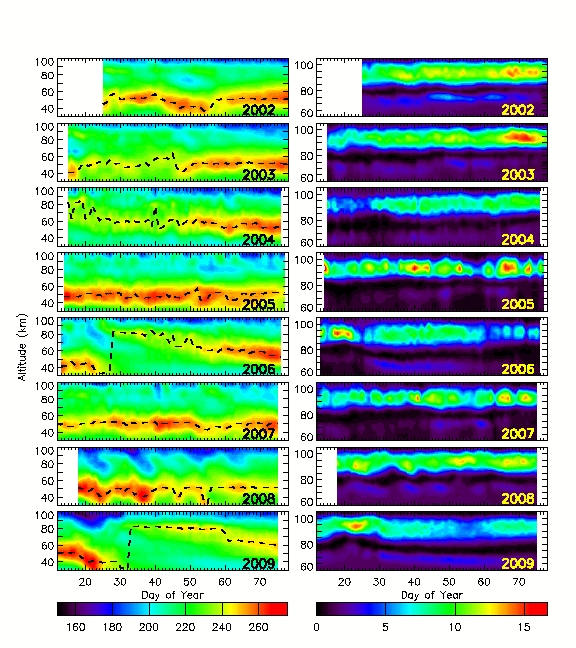 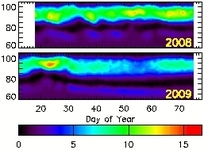