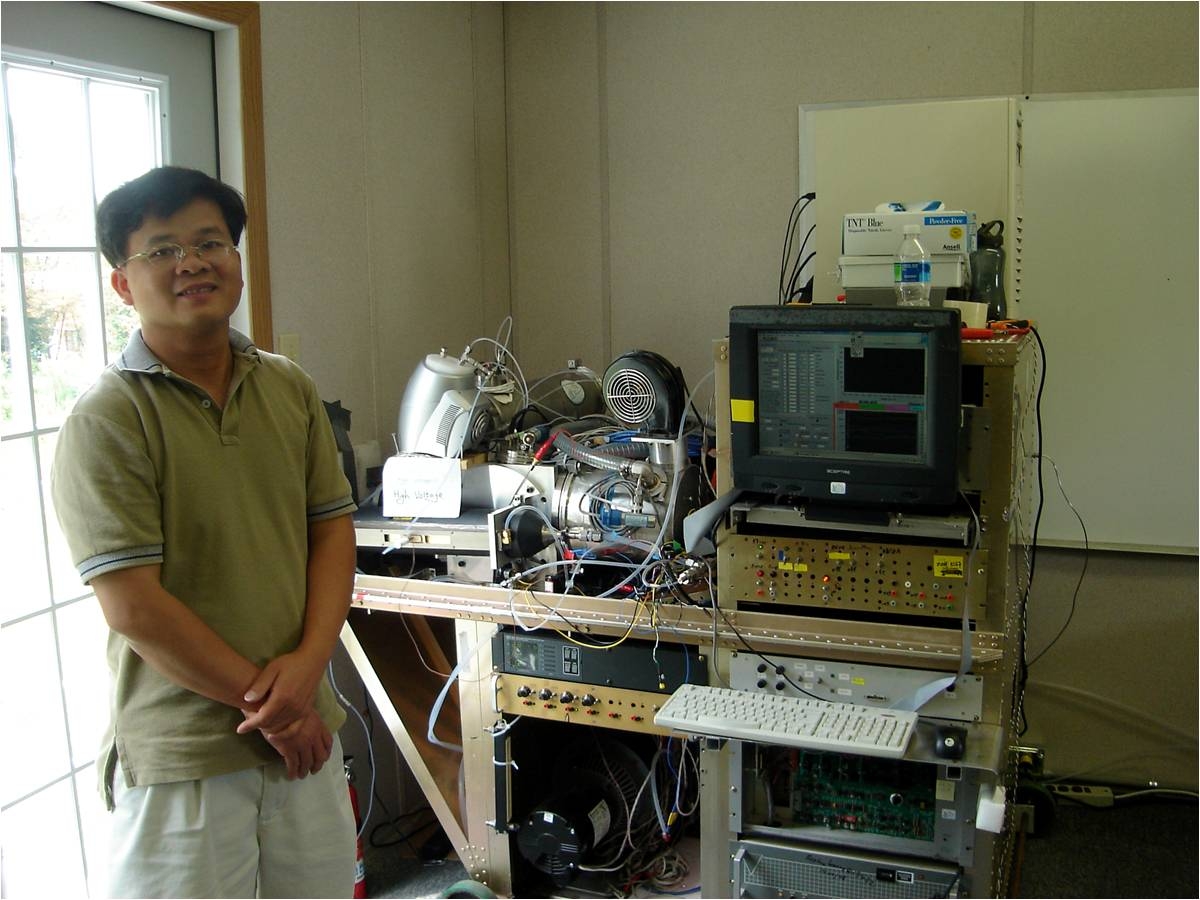 Working closely with researchers from Prof. Peter McMurry’s laboratory at the Univ. of Minnesota, Zhao calibrated the Cluster CIMS using an electrospray coupled to a high resolution differential mobility analyzer (ES-HDMA). Those tests confirmed a relatively linear response over the range of mass-to-charge ratios from 190 to 400 Th, which allows for the quantification of singly-charged clusters containing 2-4 sulfuric acid (H2SO4) molecules. The team also explored methods for separating targeted chemically ionized neutral clusters from unwanted charged clusters that form inside the ionization source of the instrument. They successfully demonstrated that charged clusters forming inside the ion source can be identified and subtracted from the overall cluster distribution by employing a technique that measures the cluster distribution as a function of the residence time within the ion source. The result: the first reported measurements of the distribution of sulfuric acid clusters in ambient air.

So far, the Cluster CIMS has successfully performed measurements in three locations: outside the ACD laboratory in Boulder, Colorado; at the NCAR BEACHON Manitou Forest Observatory (a Ponderosa pine forest in Woodland Park, Colorado); and in midtown Atlanta, Georgia, during the Nucleation and Cloud Condensation Nuclei 2009 (NCCN09) campaign co-organized by NCAR and the Univ. of Minnesota. At all of these sites, concentrations of 104-105 cm-3 molecular clusters containing 3-4 H2SO4 were observed. Figure 2 shows one example of Cluster CIMS measurements during a nucleation event in Atlanta during NCCN09. As the figure shows, sulfuric acid clusters are unambiguously associated with the new particle formation event (Figure 2, upper plot) that began at 8:00am and ended at 4:00pm local time. Measurements such as these provide the first direct observations of the species involved in nucleation, and are currently being used to develop a predictive module for nucleation that can be incorporated into regional and global models. 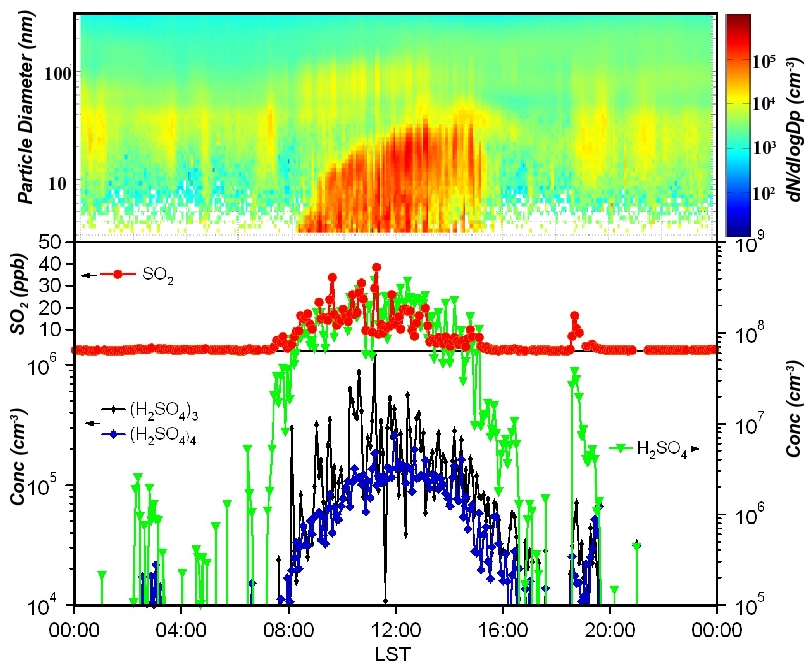 Figure 2.The particle size distribution (top) (measured by Prof. Peter McMurry’s group, University of Minnesota) and the concentrations of the clusters (up to tetramers), monomer, and SO2 on August 23, 2009 during NCCN09.